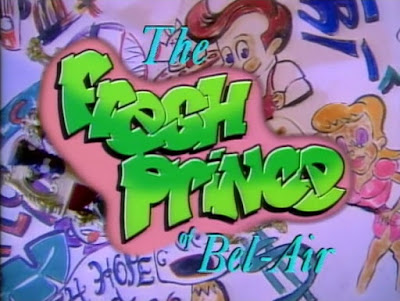 Hello Sally?  This is Vivian Banks.  You had us scheduled for a Thanksgiving dinner tomorrow. We'd like to cancel it.  Well, were gonna have the kids make dinner.  What do you mean "good luck?"
-Vivian Banks

It's the day before Thanksgiving and the Banks family is getting ready for the holiday.

Will's (Will Smith) mother Violo "Vy" Smith (Vernee Watson) comes to visit for the first time since she sent him to live in Bel Air with her sister's family. 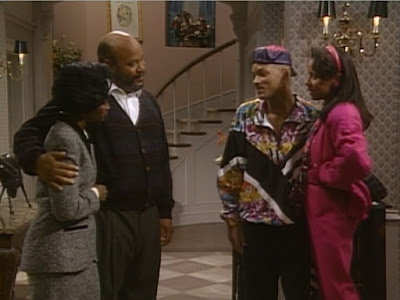 She is happy to see Will, but is shocked at the way he and the Banks' kids act around the house.  They seem to have no responsibilities, since most of the household work is done by their butler Geoffrey (Joseph Marcell).  Vy puts the kids the work, making them clear the table and do yard work.

In addition to Vy, there will be another dinner guest at Thanksgiving.  The Banks' son Carlton (Alphonso Ribeiro) has invited his English teacher Ned Fellows (Jonathan Emerson) to join them.  Mr. Fellows has no family nearby, plus Carlton's grades have been slipping and he hopes this gesture will help. 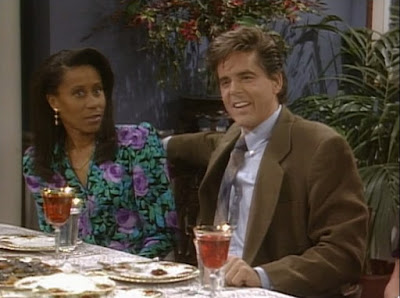 Vy confronts her sister Vivian (Janet Hubert) about their lifestyle.  She says her sister spoils her kids and Will.  Vy is worried that the only thing Will is learning is "how to be a rich kid."

Vivian is stung by this criticism and denies it.  She discusses the matter with her husband Phil (James Avery), who thinks Vy has a point.  Vivian cancels their catered Thanksgiving dinner and decides that Will and his cousins will prepare the meal.

On the morning of Thanksgiving, Vivian gets the kids out of bed early to start preparing the feast. She barks orders and seems to be channeling her sister Vy.

Carlton is worried that the change of dinner plans will jeopardize his plan to impress his teacher.

Will and his cousins get started in the kitchen.  None of them has any idea how to cook. 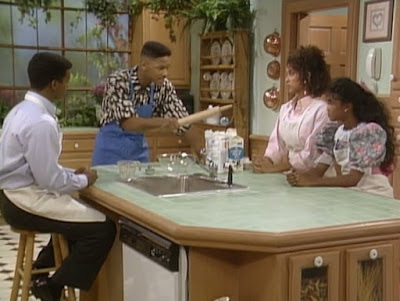 Will Thanksgiving dinner be a disaster in the Banks household?

This is a solid holiday episode of a 1990s sitcom.

1.Visiting relatives getting on each others' nerves (also present in Christmas film & television).
2.Arguments about food preparation that usually lead to culinary disasters.

In this case, Vivian knowingly sabotages Thanksgiving dinner just to make a point to Vy.  We can understand why Vivian would be upset at being labeled a bad mother, but ruining the dinner for everyone is a bit over the top.

The Fresh Prince Of Bel Air featured a good ensemble cast.  When you watch it today, you can see that Will Smith was by far the most talented actor on the show.  In 1990, he was known only for his work as a rapper, but in this episode, he already shows the humor and charisma that would make him a major movie star. 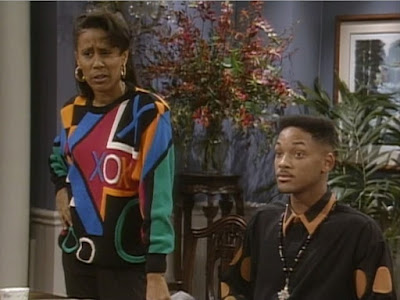 There's also a funny but sweet moment where the family dances to the Temptations' "Ain't To Proud To Beg."  Phil tries to teach his kids how do to The Swim, which gives James Avery a chance to show off some nice dance moves. 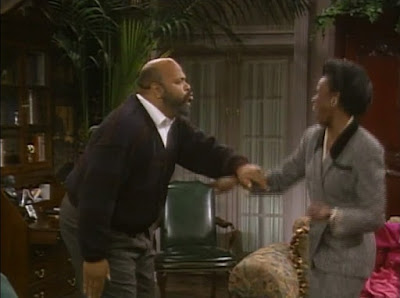 "Talking Turkey" is no classic, but it's an enjoyable episode that makes me laugh a few times with every viewing.  It's especially recommended for fans of Will Smith and admirers of 1990s clothing trends (which my co-blogger discusses below in more detail).

This is a solid, fun Thanksgiving episode, but not necessarily a "classic".

There are the expected cooking disasters and family tensions, as J.A. Morris points out above.  My only issue with the way the plot plays out is that it seems to me that anyone asking kids to cook  in an attempt to teach them about responsibility would perhaps opt to supervise their work in the kitchen rather than leaving them to their own devices.    On the other hand,  without the supervision, I guess we do not have much of a plot.

This episode also highlights an aspect of family via the relationship between Vivian and Vy -- when family gets together, sometimes we revert to roles from when we were younger.

One gets the impression that Vy is (perhaps) the elder sibling of the two and feels responsible for looking out for Vivian, even if her looking out comes in the form of observations that Vivian finds uncomfortable.   Vivian finds that Vy may have a point (reinforced by her subsequent conversation with her husband) and decides to act on that advice in a somewhat rash manner.    I know I've been at family get-togethers and had siblings say things to me that cut me to the quick and caused me to react rashly, so this feels pretty relate-able.

On a different note, it's fun to watch old sitcoms like this for the fashions and material culture on show sometimes.   This episode features some rather fabulous and far out examples of late 1980s/early 1990s style. 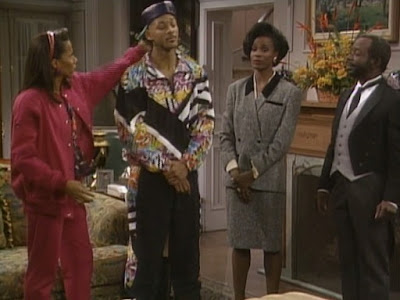 If you like Will Smith or miss the 1990s, this episode is worth a look.