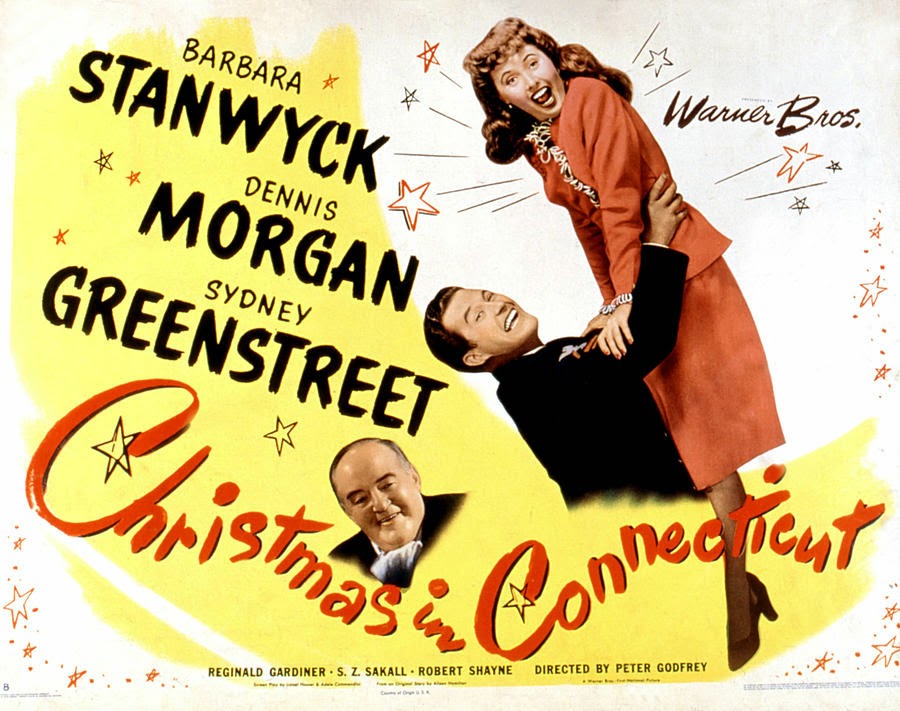 This out-of-season review is posted today because this movie was released on this date in 1945.

Elizabeth Lane (Barbara Stanwyck) writes food and homemaking articles for Smart Housekeeping magazine. Her recipes are famous and her tales of her husband and child are read all over the country. 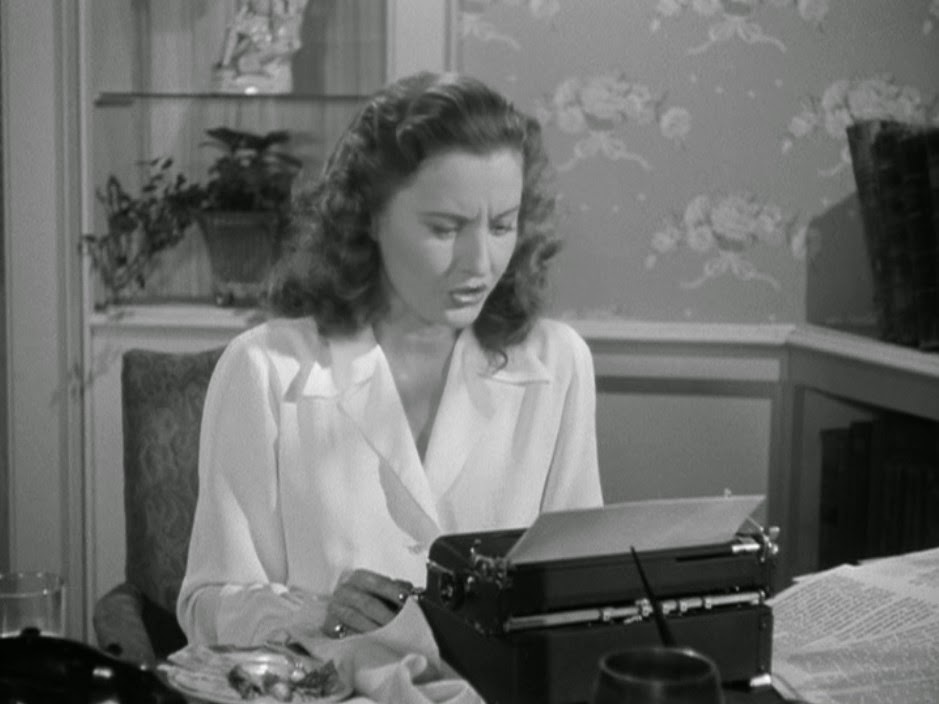 One of Lane's biggest fans is Jefferson Jones (Dennis Morgan), a war hero recovering at a veterans' hospital. Jones is a food connoisseur and he reads Elizabeth's articles to help pass the time in the hospital. 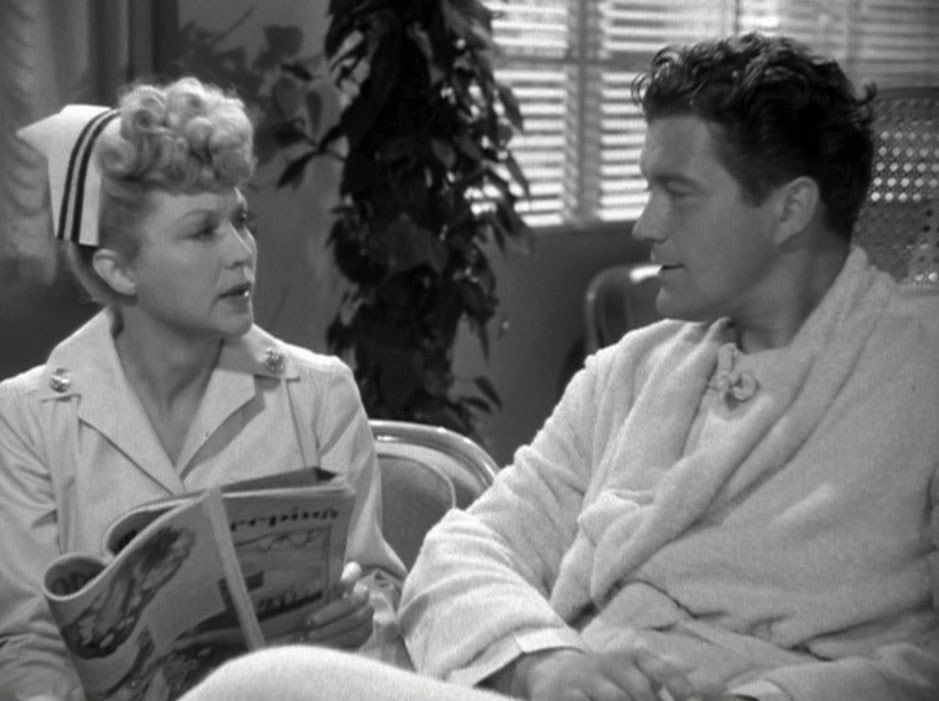 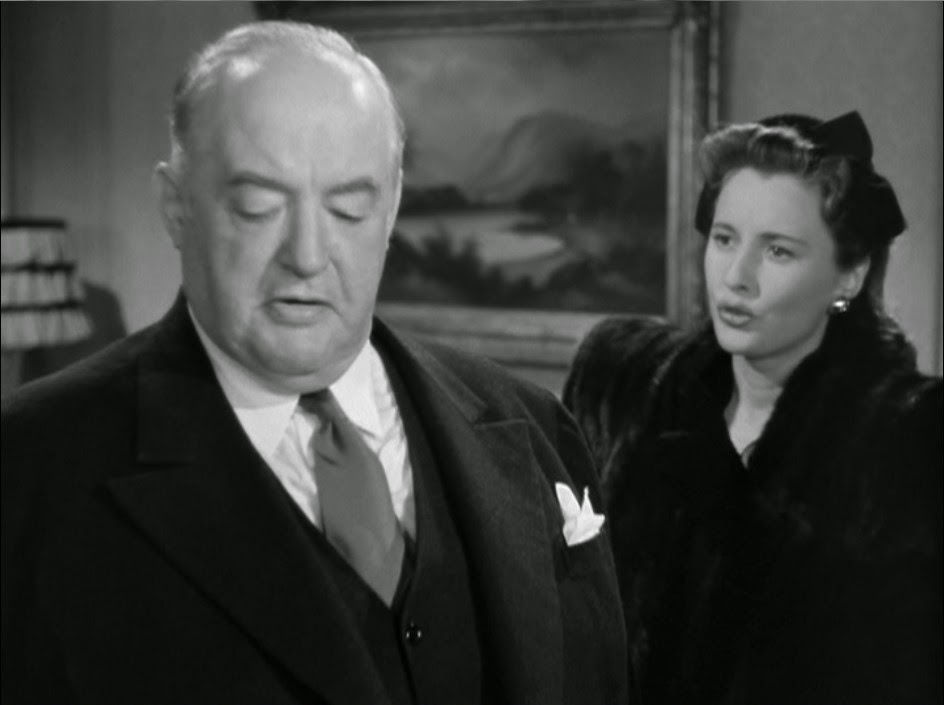 He invites Jones to spend Christmas at Elizabeth Lane's farm in Connecticut, where she will use her kitchen expertise to cook a Christmas dinner for the war hero.  Of course, Yardley will join the festivities as well.   He wants to observe Elizabeth in the kitchen and sample the simple, country hospitality showcased in her articles.  Yardley sets this up without first consulting Elizabeth. 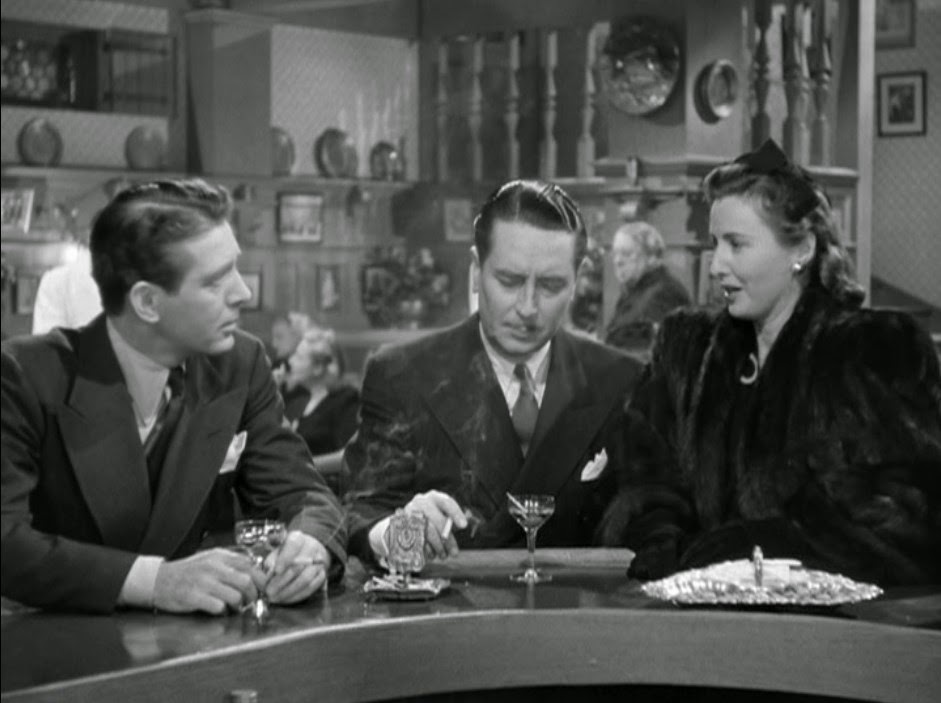 Unfortunately for Elizabeth -- and unbeknownst to Yardley (a stickler for honesty in journalism)-- she is a fake!  She actually lives in a New York apartment, has no husband or child and cannot cook!   Conveniently, her friend John Sloan (Reginald Gardiner), an architect, owns a farm in rural Connecticut.  He has wanted to marry Elizabeth for a while, but she isn't attracted to him. 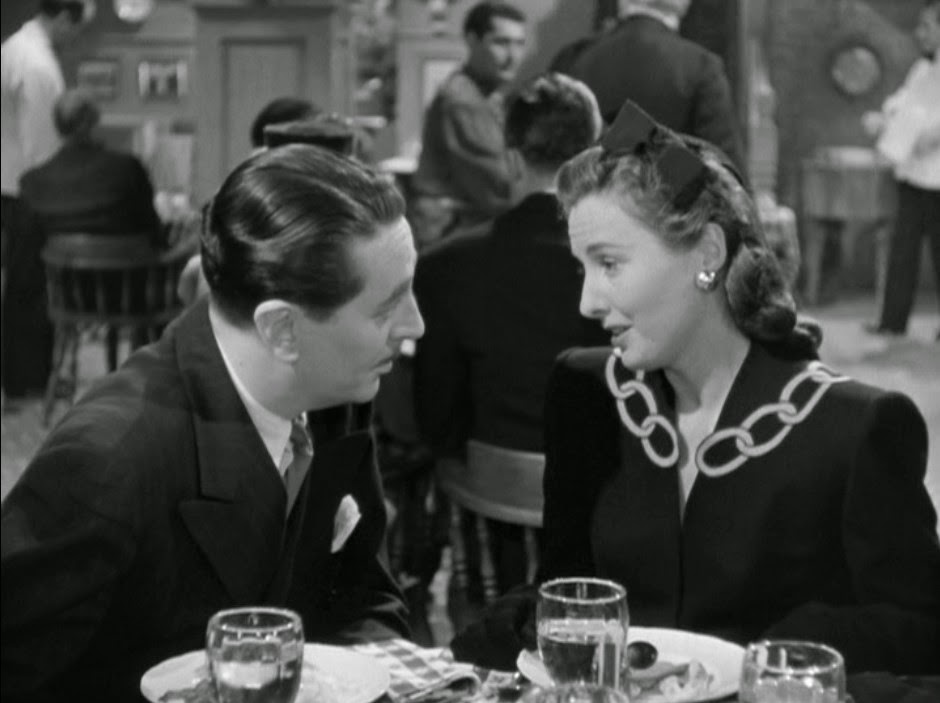 However, she decides that marrying Sloan would be preferable to being discovered as a fraud and agrees to his proposal.   They decide to marry on Christmas Eve and with the aid of a local judge called to the farm to act as officiant.

As for the cooking, Elizabeth enlists the aid of to her friend Felix (S.Z. Sakall), who is a chef and owns a restaurant.  He's also the source of  the recipes Elizabeth uses in her articles.  "Uncle" Felix, as he is known to Elizabeth, thinks the whole thing is a "catastroph" waiting to happen, but agrees to help. 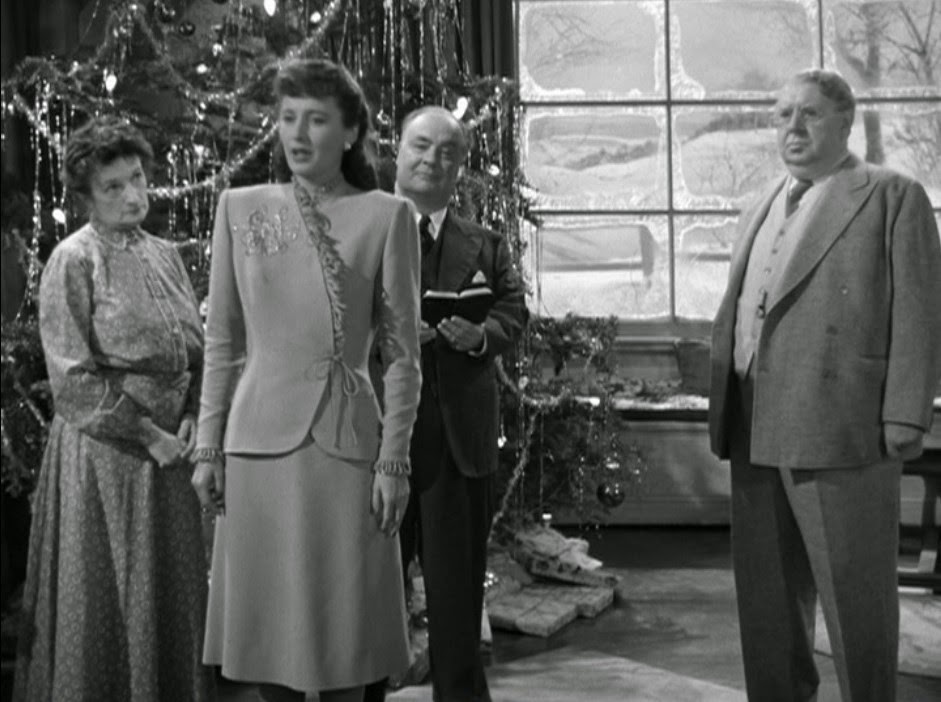 The plan starts to go awry right off the bat.  As John and Elizabeth are preparing to wed, Jefferson Jones arrives early, preempting the ceremony.

Naturally,  Jefferson and Elizabeth are immediately attracted to each other.  Elizabeth spends Christmas Eve trying to keep the lie going. 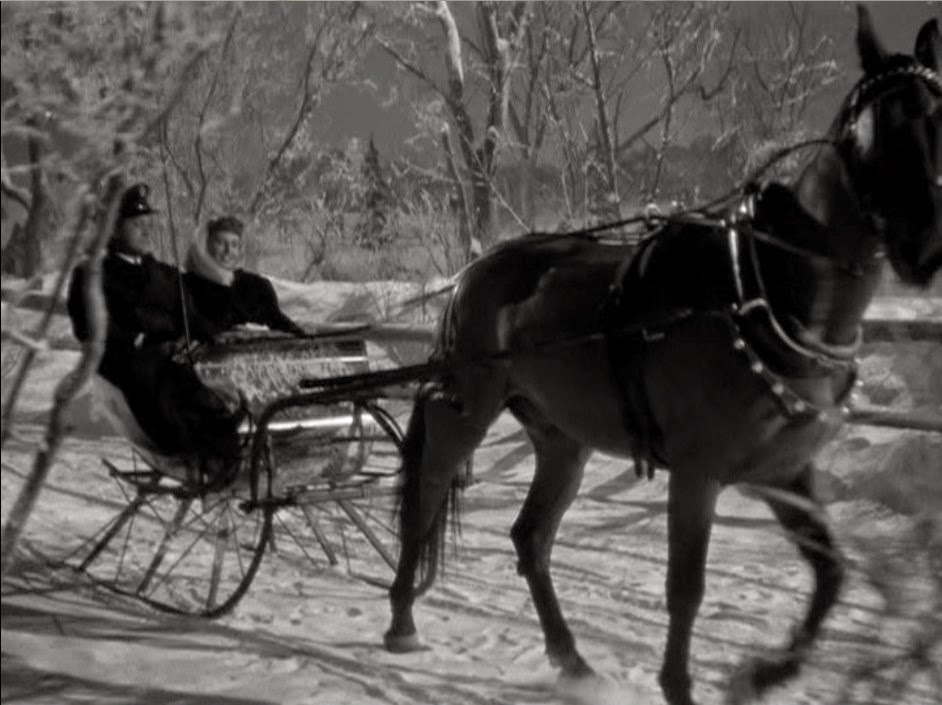 She makes excuses to avoid cooking. She bumbles through bathing a (borrowed) baby and escorting wayward cows back to the barn.    But will her fraud be discovered?   Will she successfully flip flapjack for an interested audience?   Will she marry Sloan or find love with Jefferson Jones?


J.A. Morris says:
Christmas In Connecticut is a fun movie.  It feels a lot like a sitcom episode, with characters running from room to room trying to keep a lie going.


It's not as strong as some of the other holiday films of the "classic" era of Hollywood, but it's always entertaining.  Barbara Stanwyck was one of the best actresses of the 20th century and this is a great vehicle for her talents.  The cast includes a virtual Character Actors Hall Of Fame, featuring Sidney Greenstreet, S.Z. Sakall and Una O'Connor, they're all very funny here.

Greenstreet is well remembered for his roles in The Maltese Falcon and Casablanca.


Sakall also appeared in Casablanca.  He acted with Stanwyck in Ball Of Fire and he can also be seen in another holiday film, In The Good Old Summertime.

Una O'Connor plays Sloan's housekeeper Norah.  She can be seen in another classic Christmas film, The Bells Of St. Mary's, but I first noticed O'Connor in the Universal horror movies Bride Of Frankenstein and The Invisible Man.

Rounding out the cast is Reginald Gardiner as John Sloan.  He also acted in another Christmas film, The Man Who Came To Dinner.


It's a great cast, but the leading man, Dennis Morgan, is the perhaps the weakest element.  While he's okay as Jefferson Jones, but I've always felt that he pales in comparison to Stanwyck and the supporting actors.  However, he doesn't ruin the picture.  Morgan has a nice singing voice, performing "O Little Town Of Bethlehem" and the "love theme" of the movie, "The Wish That I Wish Tonight." 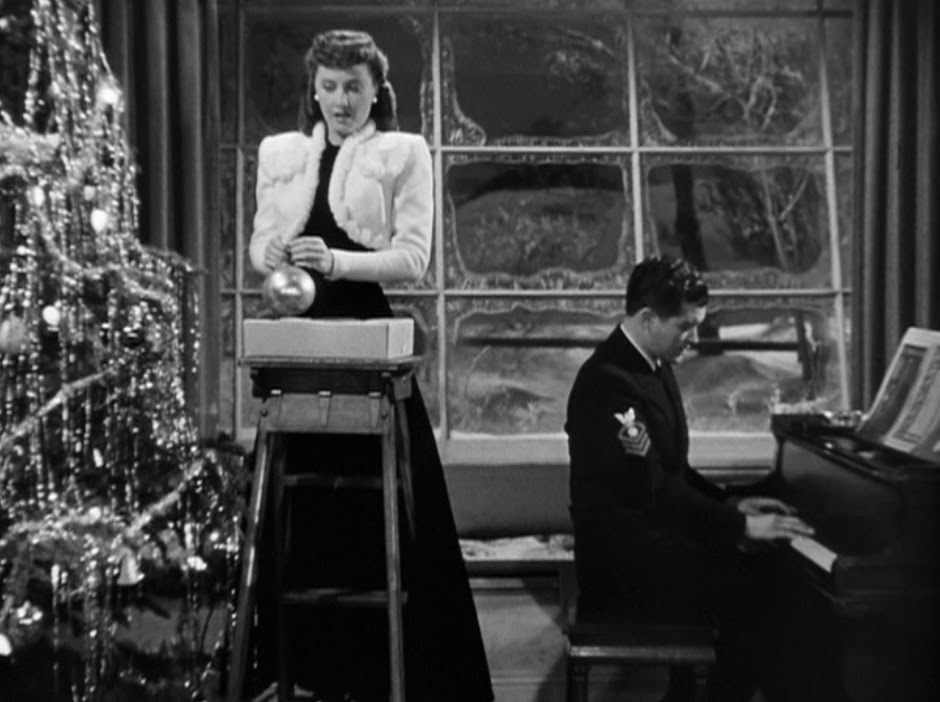 Christmas In Connecticut is available on dvd and airs every Christmas on TCM.  It's an enjoyable ride, especially recommended for fans of Stanwyck and the character actors.  And as a native of Connecticut, it's the only movie I can think of that has my home state's name in the title!

Christmas In Conncecticut was my introduction to Barbara Stanwyck.   I first saw the film in college at the recommendation of a good friend who also happened to be a theater major. 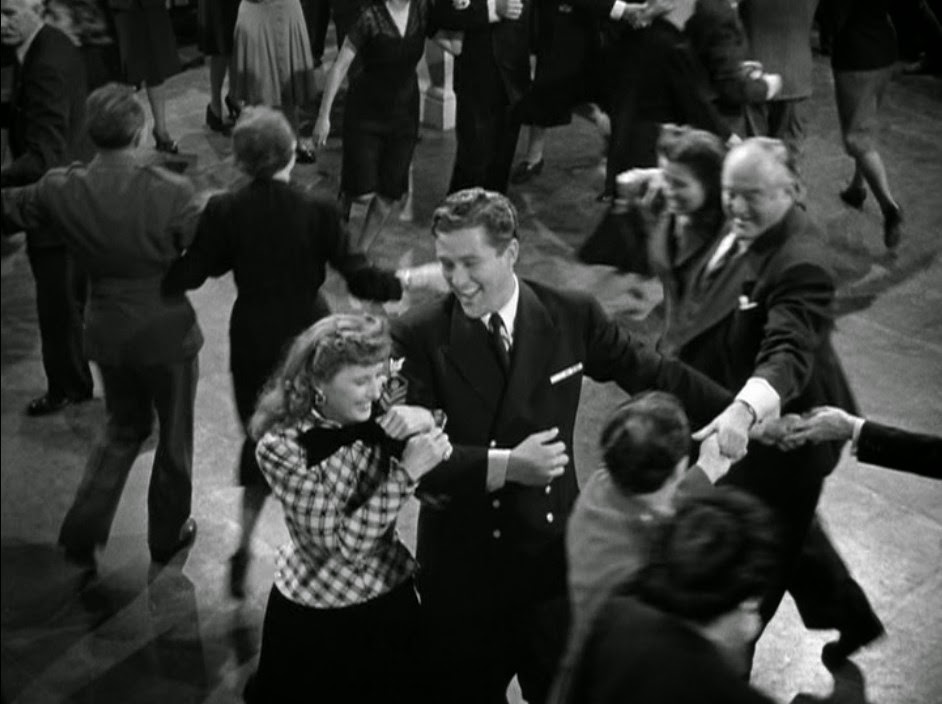 It's a thoroughly entertaining little holiday romp.  The plot does not hold together quite as well as classic screwball comedies like Bringing Up Baby, but it chugs along nicely.   The actors are what make Christmas in Connecticut so fun to watch each year.   Stanwyck's expressions of horror at having to contend with bathing a baby or cow care are hilarious but you also root for her to get her man and keep her job. 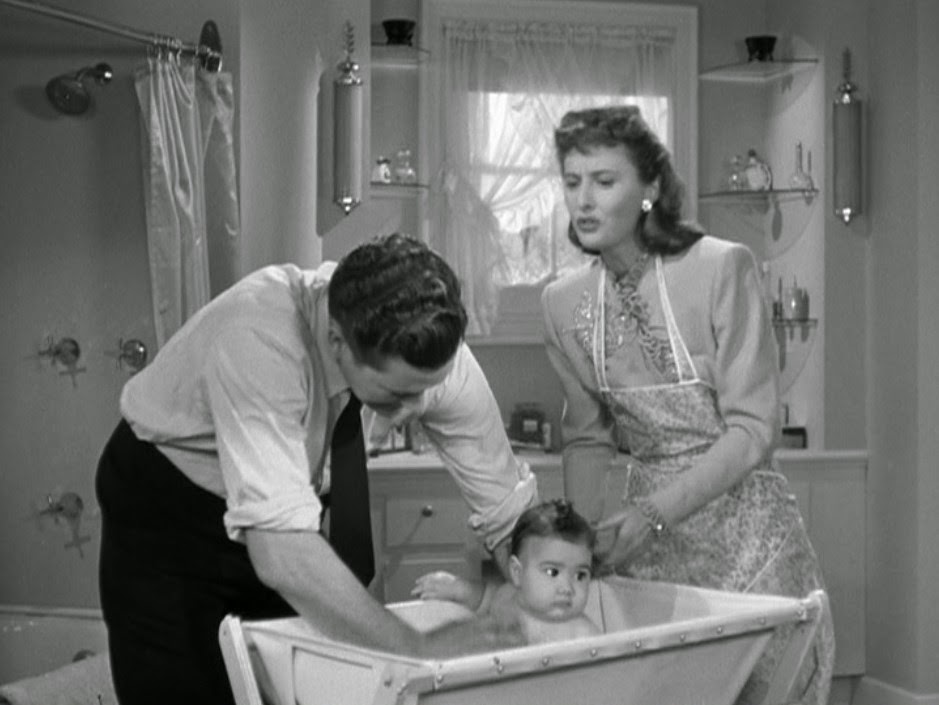 One has to applaud the chutzpah of passing oneself off as a Martha Stewart-type housewife without possessing any skills -- Elizabeth Lane must be a cracking good writer in any event and Stanwyck makes her utterly believable.  I found myself wanting more for her than a destiny as a housewife, but considering this was made in the 1940s, Elizabeth is very independent and spunky. 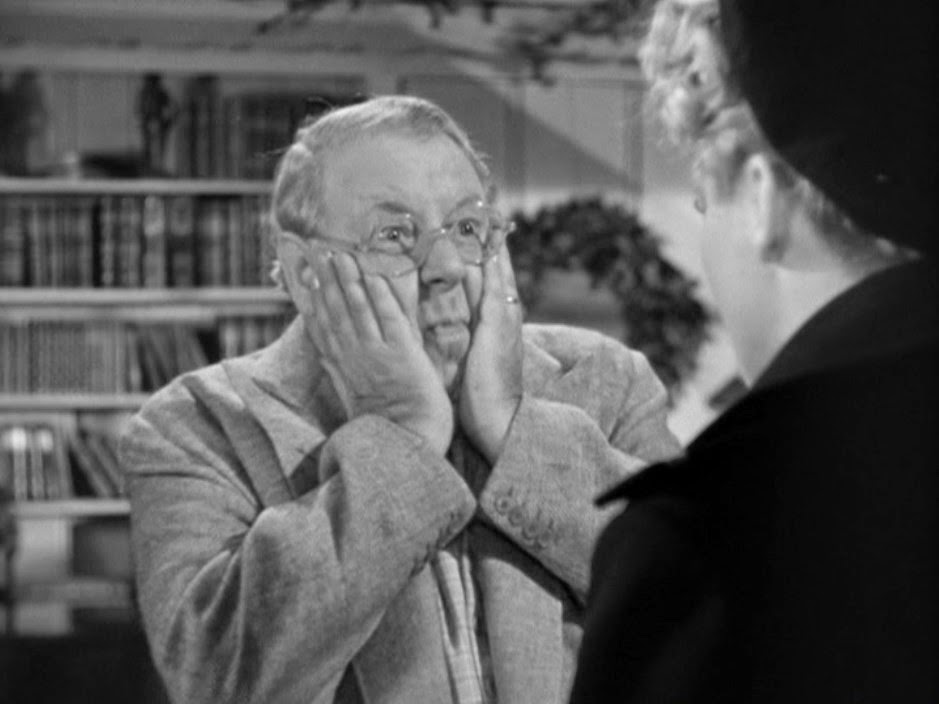 There is great work by the other character actors involved as well.   S.Z. Sakall's  portrayal is an adorable standout in my estimation.  I especially like the way they play on the character's sometimes knowing  (and sometimes unconscious) use of the fact that English is not his first language.   (He gets away with saying "Nuts!" to the rather controlling and slimy John Sloan early in the movie.)  In some ways,  Felix is the emotional center of the film.  He knows that marrying Sloan to perpetuate a fraud is wrong but also doesn't want his friend to lose her station and/or be hurt. 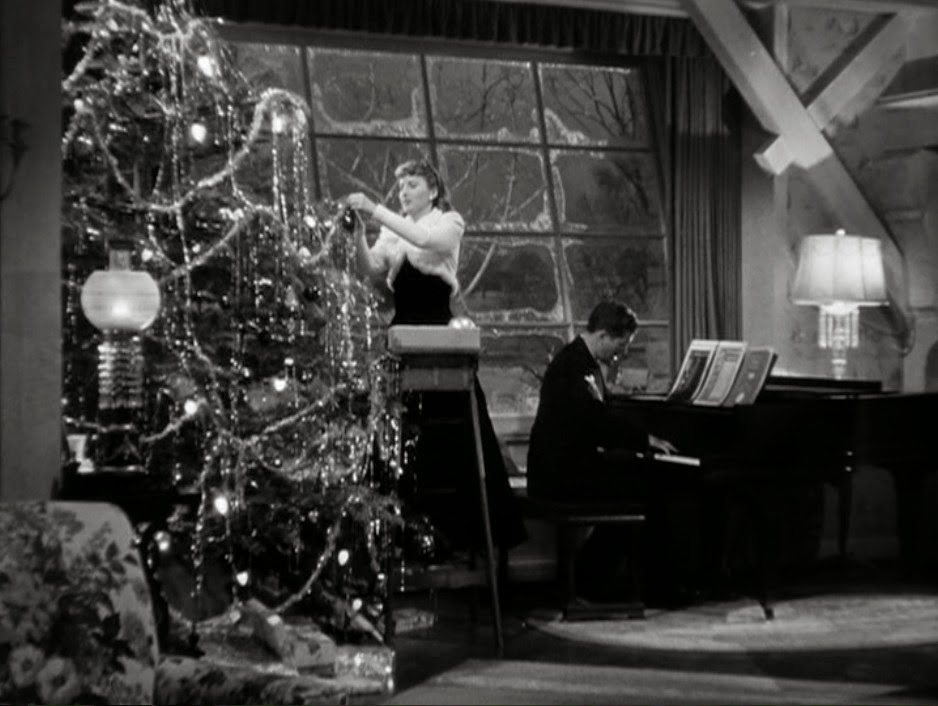 Christmas In Connecticut is well worth a look if you're looking for some fun, light holiday fare. 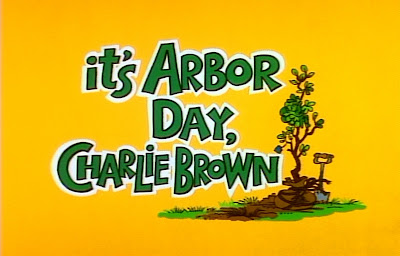