The Simpsons: "I Love Lisa" 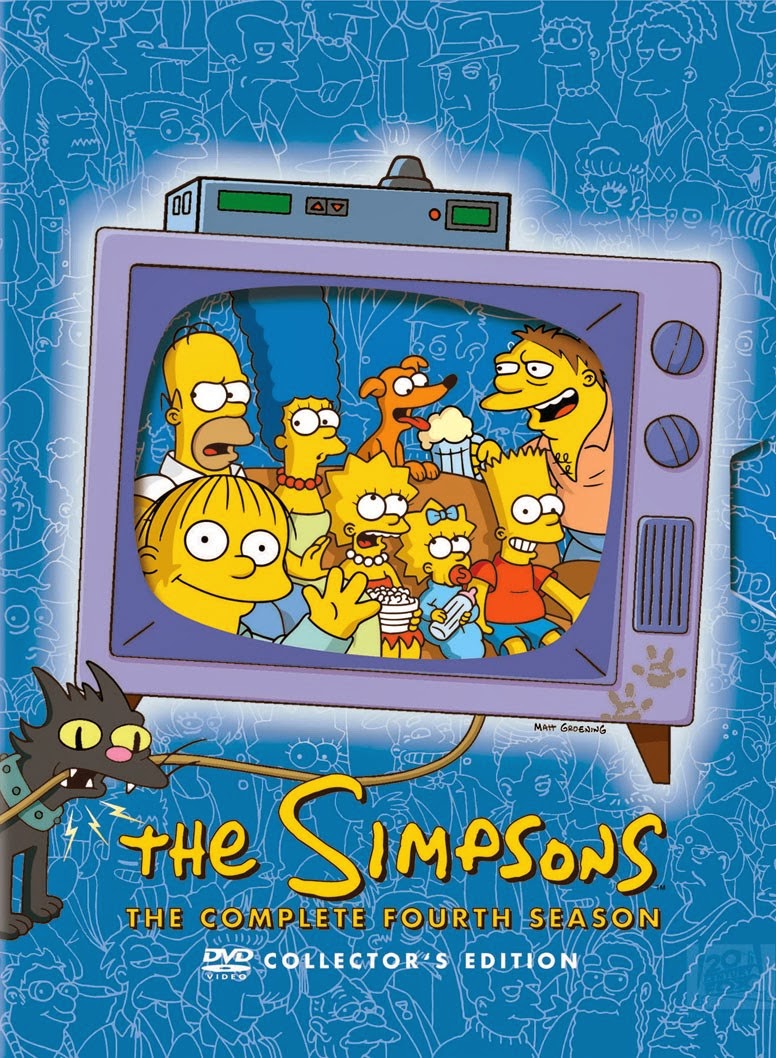 "I love Lisa Simpson, and when I grow up I'm going to marry her!"
-Ralph Wiggum

Valentines are passed out in Miss Hoover's class. Everyone gets at least one Valentine...except Ralph Wiggum (Nancy Cartwright). 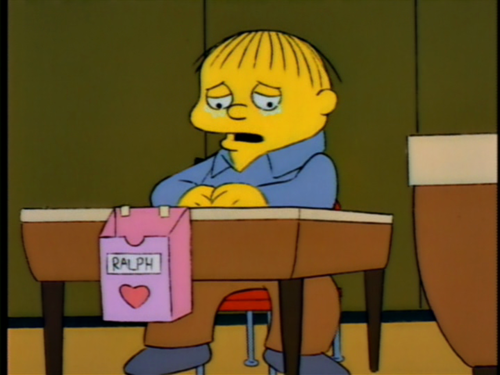 Lisa notices this and feels sorry for Ralph.  She erases her name from a Valentine and gives it to him. Ralph is touched by this gesture, thinking Lisa's Valentine was declaration of love.  He asks if he can walk her home, she lets him but isn't comfortable with it. 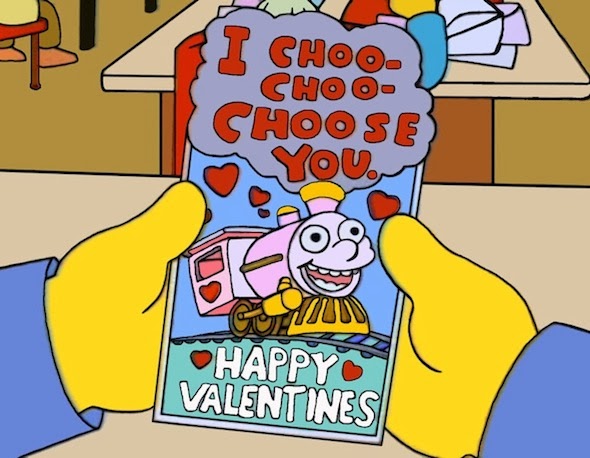 Later, Ralph shows up at the Simpsons' house, and Lisa hides from him.  When her father Homer (Dan Castellaneta)  hears Ralph say "I'll do anything for Lisa", he puts him to work doing housework and home repairs. 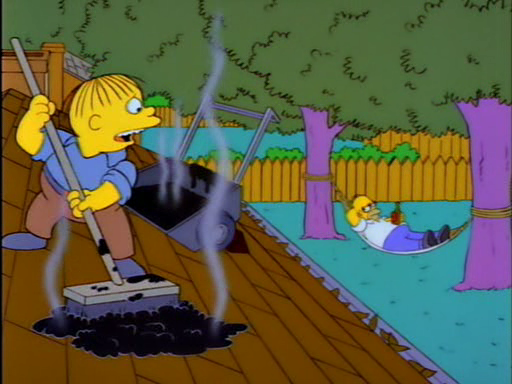 Meanwhile, a school play is being planned in honor of Presidents Day.  Ralph and Lisa are cast as George Washington and his wife Martha.  Lisa fears that Ralph's "love" for her will ruin the play.

At the same time, Bart is attempting to cause havoc on Valentine's Day by writing confrontational messages on candy hearts.

Ralph asks Lisa to accompany him to Krusty the Clown's 29th Anniversary Special, one of the toughest tickets in town. (Bart is very upset that Lisa gets invited instead of him!)   Lisa asks Homer if it's okay to accept gifts from someone you don't like. Homer tells her not to let her conscience bother her about it, so Lisa accepts the invitation.

Their "date" to the Krusty show does NOT go well.  Ralph declares his love and intent to marry Lisa on live television.  She loses her cool and tells him she only gave him the Valentine out of pity, which crushes his spirits. 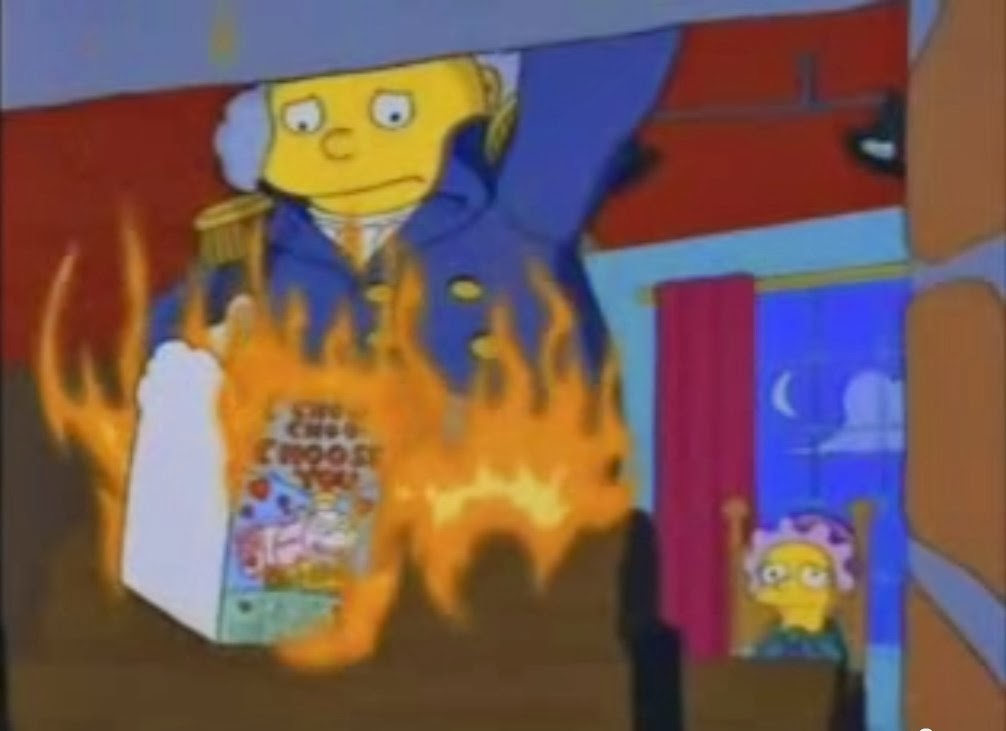 A week later, it's time for Springfield Elementary's Presidents Day play.
Will Ralph forgive Lisa?  Or will he let his feelings get the better of him and make a scene during the play? 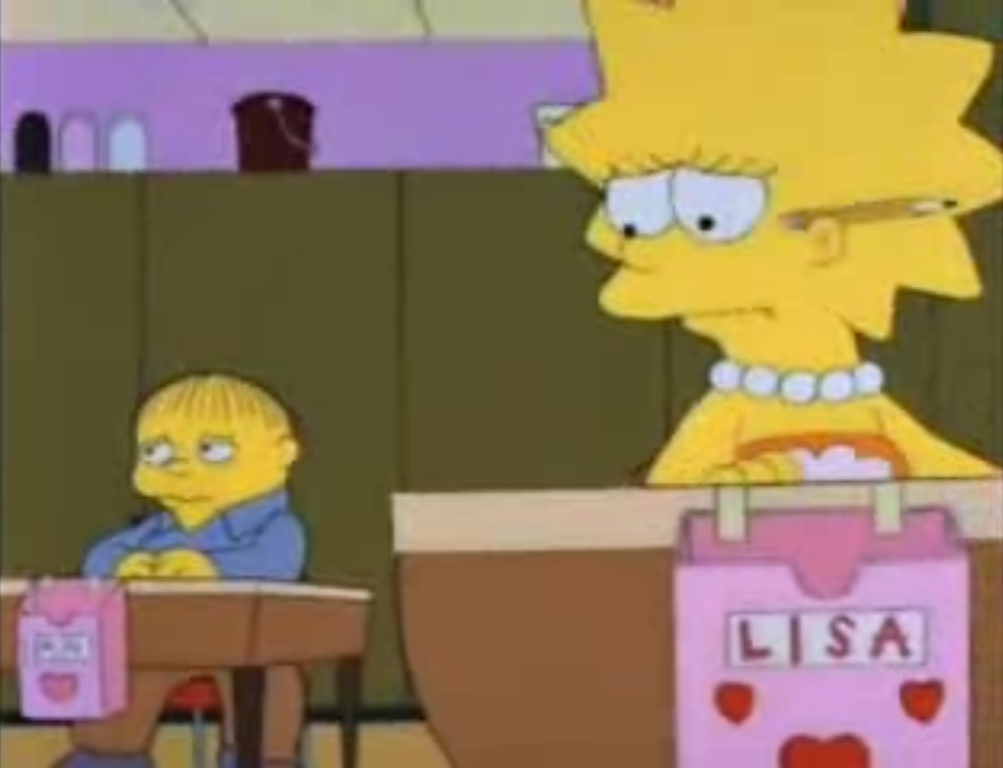 A very good episode from the classic era of The Simpsons. In elementary and middle school, I remember a few times when a Valentine led to misunderstandings. Lisa's pity for Ralph backfires and create a monster. Yes, Ralph is annoying, but he has no reason to think Lisa doesn't like him "in that way" until she tells him so.


In addition to the stuff mentioned in the summary, we get some funny scenes that feature Ralph's father, Chief Wiggum (Hank Azaria) abusing his power as Chief of Springfield Police Department.

I'm a huge fan of The Simpsons.  I Love Lisa is a very good episode and anyone who ever spent a Valentine's Day alone will sympathize with Ralph Wiggum.

3 and a half Valentine Hearts.

This is a classic episode from season four of The Simpsons.  It is also a bit of a rarity in the world of holiday television as it combines Valentine's Day AND Presidents Day.  To my knowledge, this may be the only Presidents Day show on record -- or at least the only one that isn't a documentary.

As is typical of the series, the jokes come fast and furious.   My favorite non sequitur of the episode involves the "Monster Mash" being inappropriately played to kick off the Valentine show on KBBL radio.   Principal Skinner's Vietnam/Apocalypse Now flashback via intercom and Bart's response to it ("Cool!  I broke his brain!") are pretty amusing as well.

The main plot, of course, revolves around Ralph's unrequited love for Lisa and is handled very well.   There are shades of Charlie Brown evident in the gift of a "used" Valentine and Lisa learns that sometimes no good deed goes unpunished.   Both Ralph and Lisa's positions are utterly relate-able.   I remember being VERY careful about what Valentines I gave to classmates in elementary school exchanges. 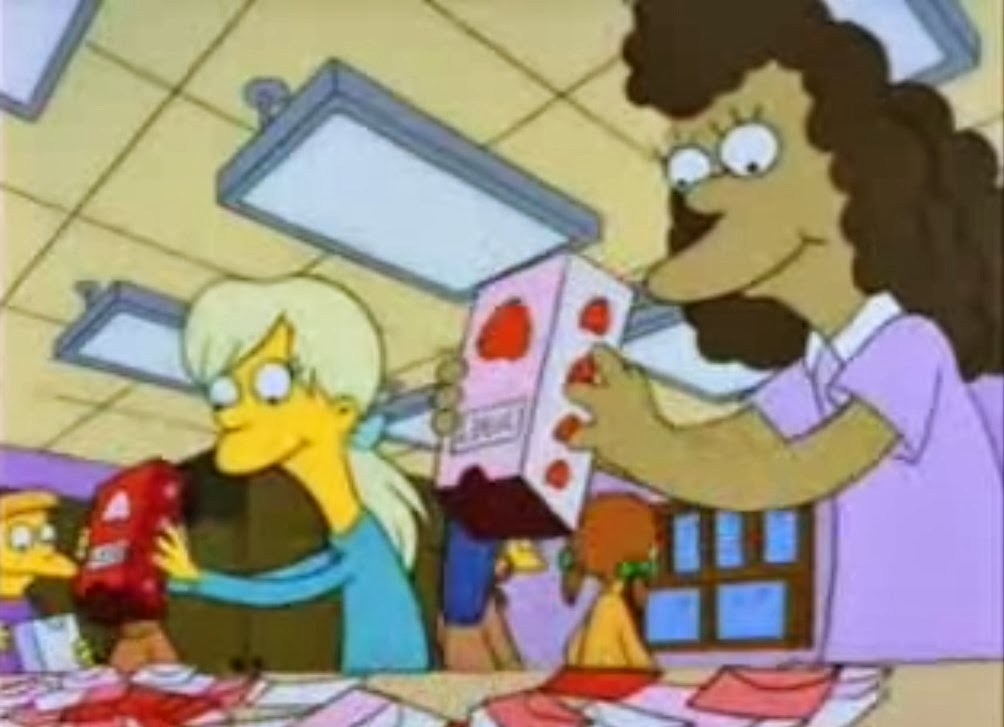 I also like that the situation resolves with Ralph and Lisa deciding to just "bee" friends. 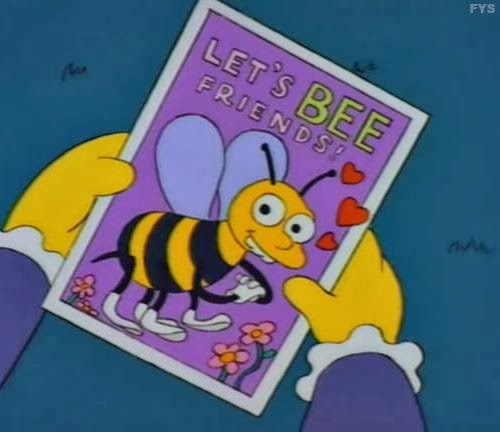 This episode is well worth re-visiting!

3 and a half Valentine hearts 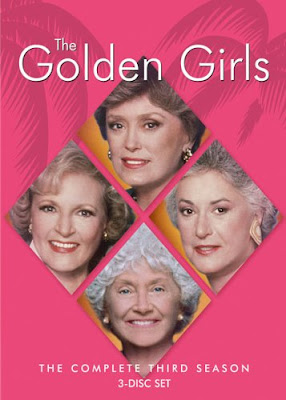