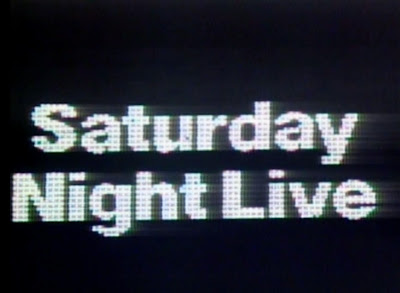 Connie Conehead: Mommy, I must split to join my human friends and their Halloween activities.

Connie Conehead: Apple bobbing! An ancient human ritual. The immersion of the cone into a fluid bath, while attempting to grasp buoyant fruit with a major orifice. 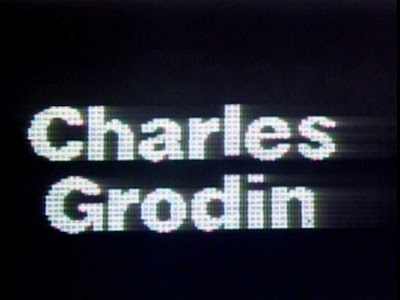 (Note:as was the case for an earlier SNL review, we will concentrate on the sketches that focus on Halloween, except when necessary.)

Saturday Night Live cast members Gilda Radner and John Belushi are worried.  The show is about to start, and guest host Charles Grodin is missing!  They talk about how he's a bit eccentric and doesn't relate to the cast.  Grodin finally shows up, he was late because he was buying gifts for the cast and missed dress rehearsal. 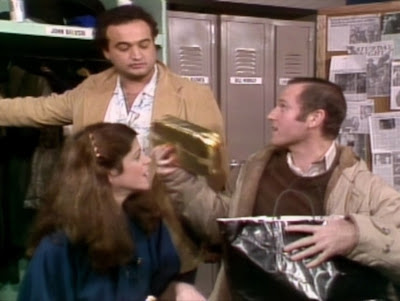 He's due to perform the opening monologue in 1 minute and hasn't written it yet.  But he's excited about hosting, he's written a special song for the show that expresses how he feels about life.  Grodin says he didn't have time to write a monologue because he's been busy playing tourist in New York.  He's shocked when he's told it's a live show with a live audience.  Grodin's "lack" of preparedness will be a running gag throughout the show. 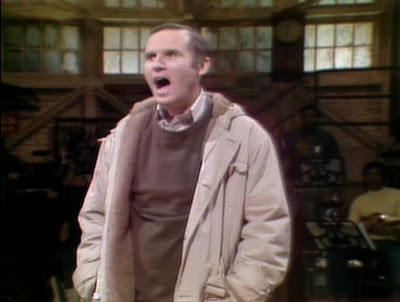 During his monologue, Grodin says he's never seen the show, but he hears "it's a wonderful, wonderful show."  He says he wished he'd have time to rehearse with the cast, but he's been too busy sight-seeing and checking out Broadway shows.  It looks like a "really cute show!"


The Coneheads are celebrating Halloween.  Prymaat (Jane Curtin) gets a knock on the door from trick or treaters.  She gives them fried eggs (or "fried chicken embryos" as the Coneheads call them) and a 6-pack of beer.  Daughter Connie (Laraine Newman) is dressed as a witch, she plans to attend a Halloween party later that night.  She attempts to explain apple bobbing to her parents. 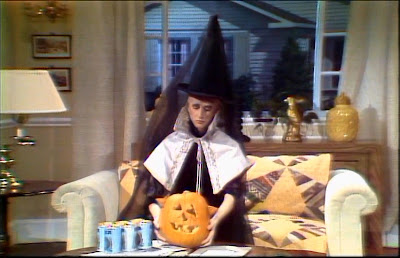 Connie Conehead dressed as a witch for Halloween.

Beldar (Dan Aykroyd) and Prymaat talk about how they miss their home planet Remulak.  This is the time of year when Remulak celebrates the Harvest of Mipzor.


Their conversation is interrupted by a knock at the door.  But it's not trick or treaters, it's local "block parents" Carl (Bill Murray) and Sharlene van Arsdale (Radner).  They are angered that the Coneheads handed out "six-packs of brewski" to children.  The van Arsdales aren't crazy about fried eggs as Halloween treats either. 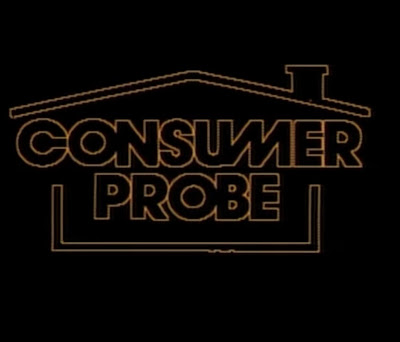 Later in the show, we get an episode of the talk show, Consumer Probe, hosted by Joan Face (Curtin).  Her guest is Irwin Mainway(Aykroyd), owner of Mainway Novelties. 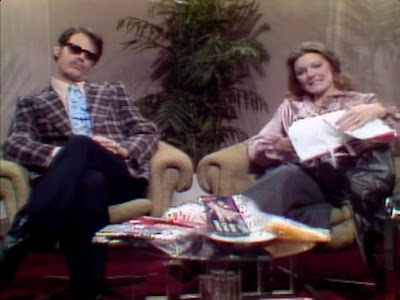 Mainway's company sells unsafe Halloween costumes. His company sells such dangerous costumes as "Invisible Pedestrian" (an all-black suit and gloves), "Johnny Space Commander" (a plastic bag and a rubber band) and "Johnny Human Torch" (a bag of oily rags and a lighter). 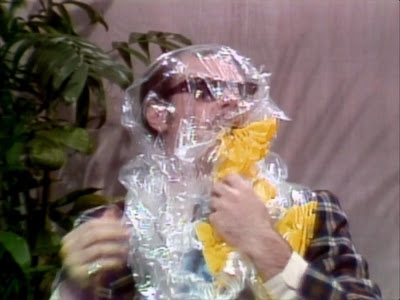 Face is disgusted by the costumes, Mainway (a personification of sleaze) dismisses her concerns.  He says each costume is a "pure fantasy toy."

After "Weekend Update", it's time for a performance of "Sounds Of Silence" by musical guest Paul Simon and his old partner, Art Garfunkel. 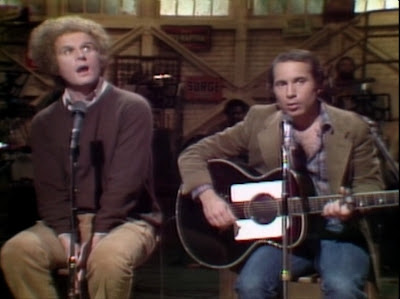 Actually, it's Grodin in an "Art Garfunkel" wig.  But Grodin barely knows the words, it seems he hasn't bothered to rehearse the song.  Plus, Simon finds it difficult to sing with someone who looks so much like his old partner, but isn't.  Simon convinces Grodin to give up on the song so they can save time for other stuff on the show.  Unfortunately, Grodin decides to use this time to sing "Bridge Over Troubled Water."   Keep an eye out for a surprise cameo in this sketch. 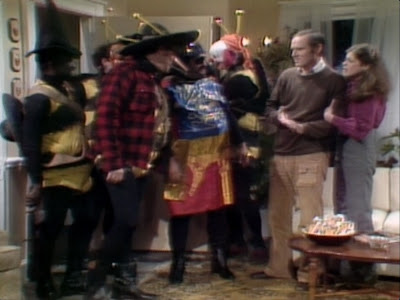 The Killer Bees trick or treat at a suburban house.  But it's not candy they're after, they want pollen!  The man of the house (Grodin) tells them they don't have pollen. 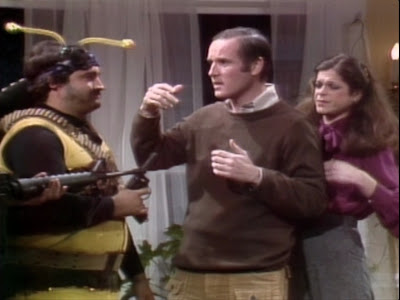 Grodin breaks character and talks about the wonderful bee costumes.  But he quickly changes his tune, saying the antennae props are distracting.  Radner, playing his wife, tries to get him to read the cue cards, to no avail.  Belushi and the others try to stay in character.  Grodin gets confused, asking the cast "am I supposed to believe that you're real bees?"  Belushi reminds him that if he hadn't missed the dress rehearsal, he would understand the sketch.  Grodin refuses to stay in character, causing Belushi and the other "bees" to walk off stage.

A very good (if unusual) episode from SNL's classic era.  Grodin comes from a different "school" of comedy than the Not Ready For Prime Time Players.  And Grodin's style of comedy is certainly an acquired taste,   but he's brilliant.  I think Grodin's approach to humor was a bit ahead of its time (Ricky Gervais' comic persona owes a lot to Grodin, in my opinion).

The Mainway sketch is a Halloween classic (used for years on SNL's Halloween clip shows).  Irwin Mainway is one of Aykroyd's best characters, and this is his best sketch.  Jane Curtin also deserves kudos here for the way she plays off Mainway.  "Joan Face" was sort of a typical "straight-woman"character, but Curtin makes you believe she is truly appalled by Mainway's negligence.

"The Return Of The Coneheads" is one of SNL's best Conehead sketches.  Aykroyd, Curtin and Newman are great as Beldar, Prymaat and Connie.  Newman is especially funny as she attempts to explain Halloween to her parents.

The "Simon and Garfunkel" bit isn't a "Halloween" sketch per se.  But I included it in the summary because you could say the Garfunkel wig was Grodin's Halloween costume.  Paul Simon is also funny here.

One more sketch I'll mention:"The Judy Miller Show" isn't really a "Halloween" sketch, but Judy (Radner) does have a Jack O'Lantern in her room, which is a nice touch. 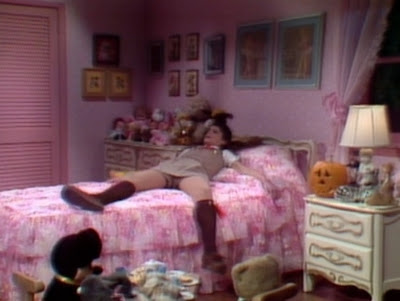 "It's the Judy Miller Show!" (note the bedside Jack O'Lantern).

The last sketch, titled "Hire The Incompetent" of the night has nothing to do with Halloween.  But it does feature the first appearance of Roseanne Roseannadanna, one of the most popular characters in the history of SNL. 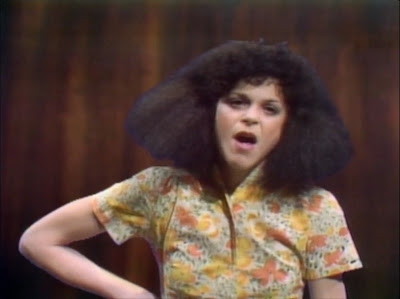 Roseanne Roseannadanna, before she became a 'Weekend Update' commentator.

This is a great episode, one that I try to watch every Halloween.

Although I had seen many of these Halloween sketches in various SNL re-packagings and clip shows over the years,  I had never seen them in their original context before.   Charles Grodin was a very funny host and Paul Simon was a good sport to put up with the Garfunkel-inspired shenaningans.   The classic cast is, of course, amazing!   Even the sketches that aren't quite as strong strike me as being much better than most of what is currently being aired on SNL.

This episode is well worth seeking out on DVD or Netflix streaming.

I need to see this show in its entirety.