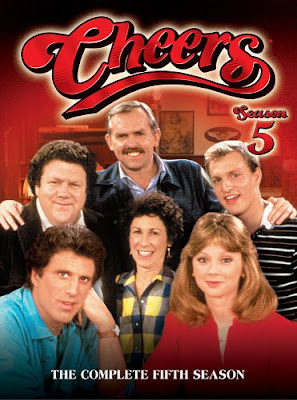 Woody: "This is my first Thanksgiving away from home...unless you count last year."

Diane: "What could be more enjoyable than opening your heart this holiday season?"
Carla: "Opening yours with a can opener?"
It's the week of Thanksgiving, but Woody is already putting up Christmas decorations, including a paper Rudolph he made.  Sam says it seems like Christmas comes earlier every year. Frasier rants about the unhealthy messages for children inherent in the "Rudolph", he says the song "gives them a horribly distorted view of reality."

The gang is talking about their Thanksgiving plans: Sam has a date for the holiday (this episode takes place when Sam and Diane's relationship was "on again, off again" and they were often playing mind games); Norm says he’s(unhappily) spending it with his wife Vera and her mother; Diane is attending a recreation of the original Plymouth Thanksgiving feast at the home her literature professor.
Carla, Woody, Cliff & Frasier have no plans and it looks like they’ll be alone.  Diane suggests Carla host Thanksgiving for all those who have no family nearby.  Carla says yes, but insists it will be a pot-luck dinner.  She invites Sam and his date, Norm offers to bring a turkey and says he’ll talk Vera into joining the gang at Carla’s house too.
One by one, everyone arrives at Carla’s house and they sit down to watch football & the Macy's parade.  Norm brings a turkey that hasn’t been cooked yet, and also mentions that he and Vera had “the worst fight of our marriage” about their Thanksgiving plans.  Sam shows up without his date, his plans have fallen through too. 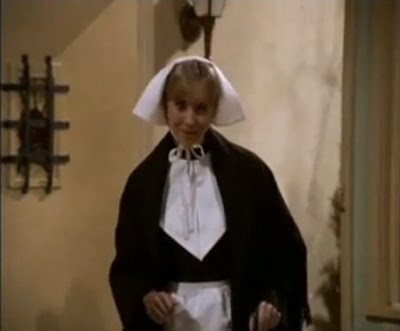 Diane also shows up unexpectedly, Carla initially slams the door (literally) in her face.  Diane’s professor only invited her so she could serve food, she is broken and humiliated.  Norm’s turkey is still being cooked while they watch football, much to Diane’s dismay.
Hours pass, the turkey (dubbed “Birdzilla” by Carla) is still not ready.  While waiting, Diane suggests everyone get up and tell what they’re thankful for.

After the “thankfuls” are over, the turkey is STILL not done, so they decide to eat the side dishes. Carla keeps ribbing Norm about the lack of turkey, Norm responds by throwing peas at her, then everyone joins in and we have a classic TV food fight! 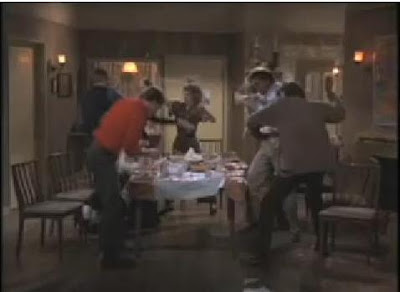 J A Morris says:
Cheers is a show I literally grew up watching.  The first episode premiered when I was 11 years old, I was 21 when the series finale aired in 1993.  But this is the first episode I’d seen in a decade and it’s one of the best.  The Cheers workers & customers always acted as a support system for one another, so why not spend Thanksgiving together?   Frasier points out that families are "not necessarily limited to blood relations."  And like most “families”, there were always certain Cheers characters that were disliked by others, but in the end, they still come together to celebrate Thanksgiving...and have one of the greatest food fights in TV history! 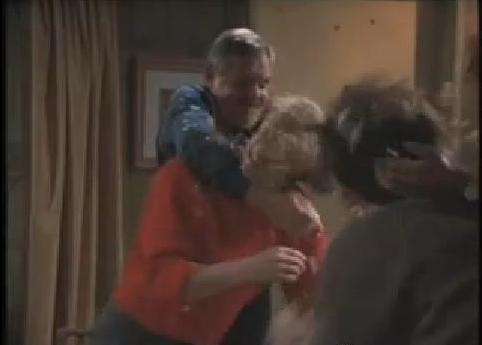 After dinner, the gang is toasting absent friends and family members.  Sam proposes a toast to Coach, the Cheers bartender who died the previous year.  I always appreciate it when long-running shows mention departed characters.  Since the actor who played Coach, Nicholoas Colasanto had died in real life, this moment was especially poignant.
This is also an interesting Cheers episode because the bulk of the action takes place outside the bar.
"Thanksgiving Orphans" makes for great seasonal viewing.  It's available for streaming if you're a Netflix subscriber and is also available on the Cheers:Complete Fifth Season dvd set.

RigbyMel says:
"Thanksgiving Orphans" is not a Cheers episode that I recall watching when it first aired, but even though I have come to it late, I have to say that this episode is a classic one.  The food fight alone makes it worthwhile, but Diane in pilgrim garb and the battle to cook Birdzilla the turkey are also wonderful moments.
This episode reminds me of the time I spent in the UK rounding up random British friends to celebrate the US holiday. (I spent 3 Thanksgivings across the pond.)  I had much better luck with the cooking aspects of the holiday, thanks in part to a little forward planning and overseas phone calls to my very patient mother. (I wound up making sweet potato pie rather than pumpkin pie as sweet potatoes were more readily available in Britain.)  I was very glad to have kind friends in Britain who were willing to help me celebrate, not unlike the way that the characters from Cheers banded together to help each other enjoy the holiday (although, my friends and I didn't have a food fight!).  So I find that this episode of Thanksgiving orphan-hood resonates with me in a very personal way.
Overall this is a great episode of a great series and one not to be missed.
RigbyMel's rating:
4 pumpkin pies 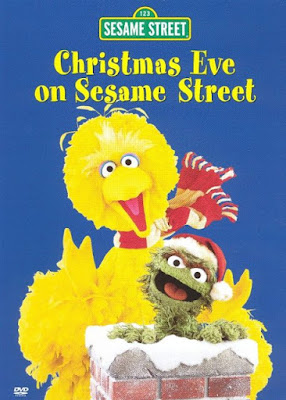