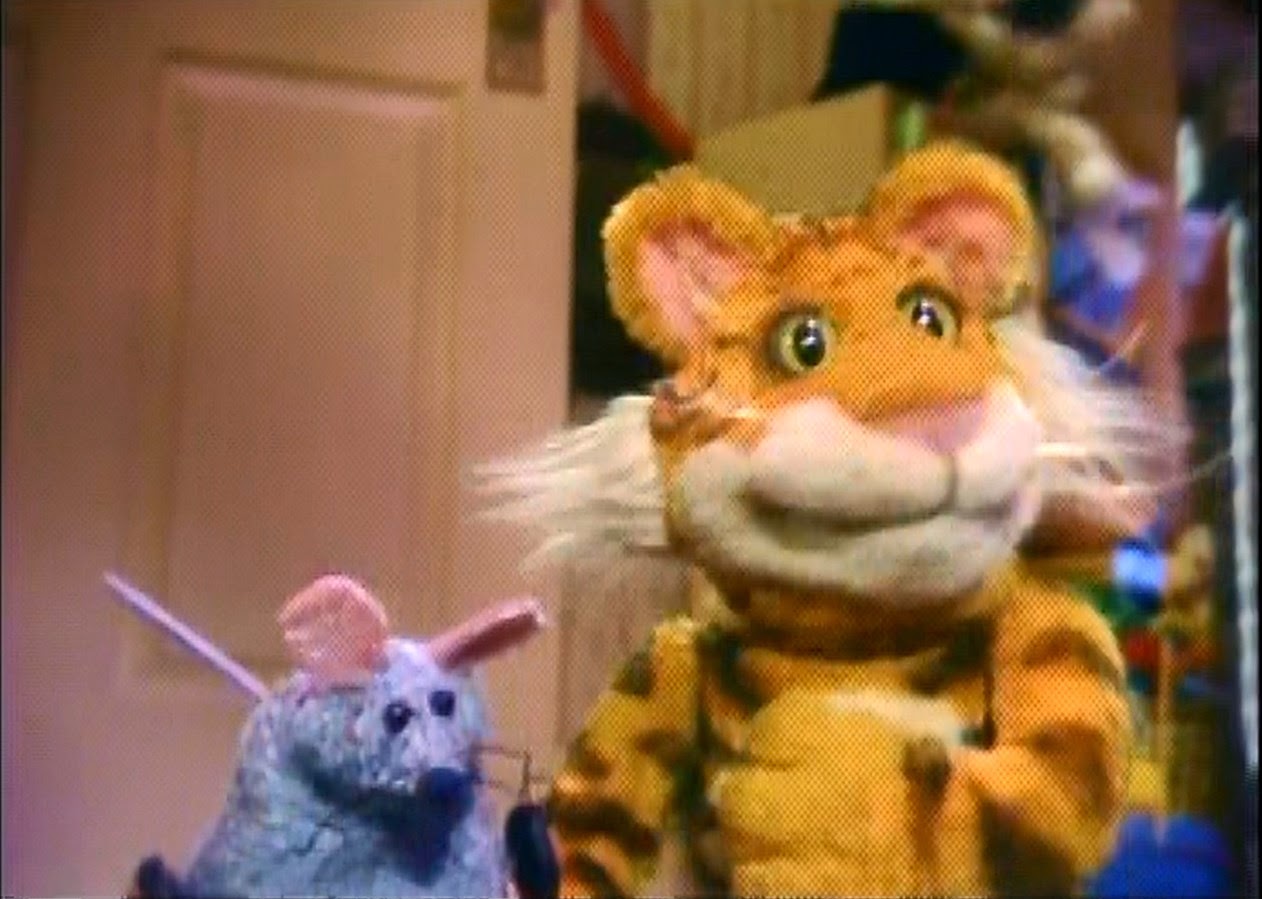 He was the favorite toy of a little girl named Jamie (Marsha Moreau).  He recalls how excited she was when she opened a present to find Rugby inside.  He presumes that will happen again and tries to get from the playroom down to the living room, aided by Mew (Steve Whitmire) the catnip mouse, who belongs to the family cat.

The other toys excitedly prepare to receive new members into their little community and want to make the incoming toys feel welcome.

A doll named Apple (Kathryn Mullen) tries to explain to Rugby that he is confused about Christmas.  Jamie will open up a new toy on Christmas morning that will likely take Rugby's place as her favorite.  Rugby doesn't believe her and leaves the playroom, determined to take what he sees as his rightful place under the family Christmas tree.  Mew follows him to try to help.

The problem is, if toys are ever found out of position by humans, they will be "frozen" and no longer able to talk to other toys or move on their own volition.  Rugby and Mew have some close encounters with humans en route to the Christmas tree in the living room.

Rugby finds a big box and prepares to get inside.  He opens the lid and finds that the box contains a doll --  Meteora, Queen of the Asteroids (Camille Bonora)!  She does not realize she is a toy and believes she's arrived on a new planet, seeing the other toys as aliens.
She also seems unwilling to get back into her box!

Apple and a couple of the other toys from the playroom decide to mount a rescue mission for their missing comrades.

Will all the toys make it back to the playroom?   Will Meteora usurp Rugby as the new favorite Christmas toy?

This under-appreciated special features cute, beautiful puppets from the Henson workshop and an entertaining storyline.   The plot bears a similarity to a certain Pixar movie that was made a few years later,  but  the two are not carbon copies and there is certainly room for both stories!

I first discovered The Christmas Toy on VHS in the late 1980s and it quickly became regular viewing for my family around the holidays.    I think that Rugby and Mew are utterly adorable without being cloying.   I particularly enjoy some of the small touches that the Muppeteers include in this special - such as Rugby's mild vanity and cat like grooming and the fact that Mew uses some tricks he learned from the family cat to help them out of a jam or two.   (Also, the fact that the mouse is named "Mew" makes perfect sense as he is a cat's toy!)

There's also a nice little lesson about tolerance (cat toy vs. people toys) and love embedded in this special without it clonking people over the head with The Message.

If there is anything to criticize, I think it is Meteora herself -- we are not really given much of a chance to get to know her, but then again, it isn't really her story.  There is also an element of darkness to the tale what with the impiled "death" of toys who are caught out of place, but without tension, we do not have much plot and there is a happy ending (of course) which keeps this from being too scary.

This is a charming special from the Henson workshop and is definitely well worth seeking out.   There is a version of it that is available on DVD, but be aware that it is a bit edited.

3 and a half candy canes. 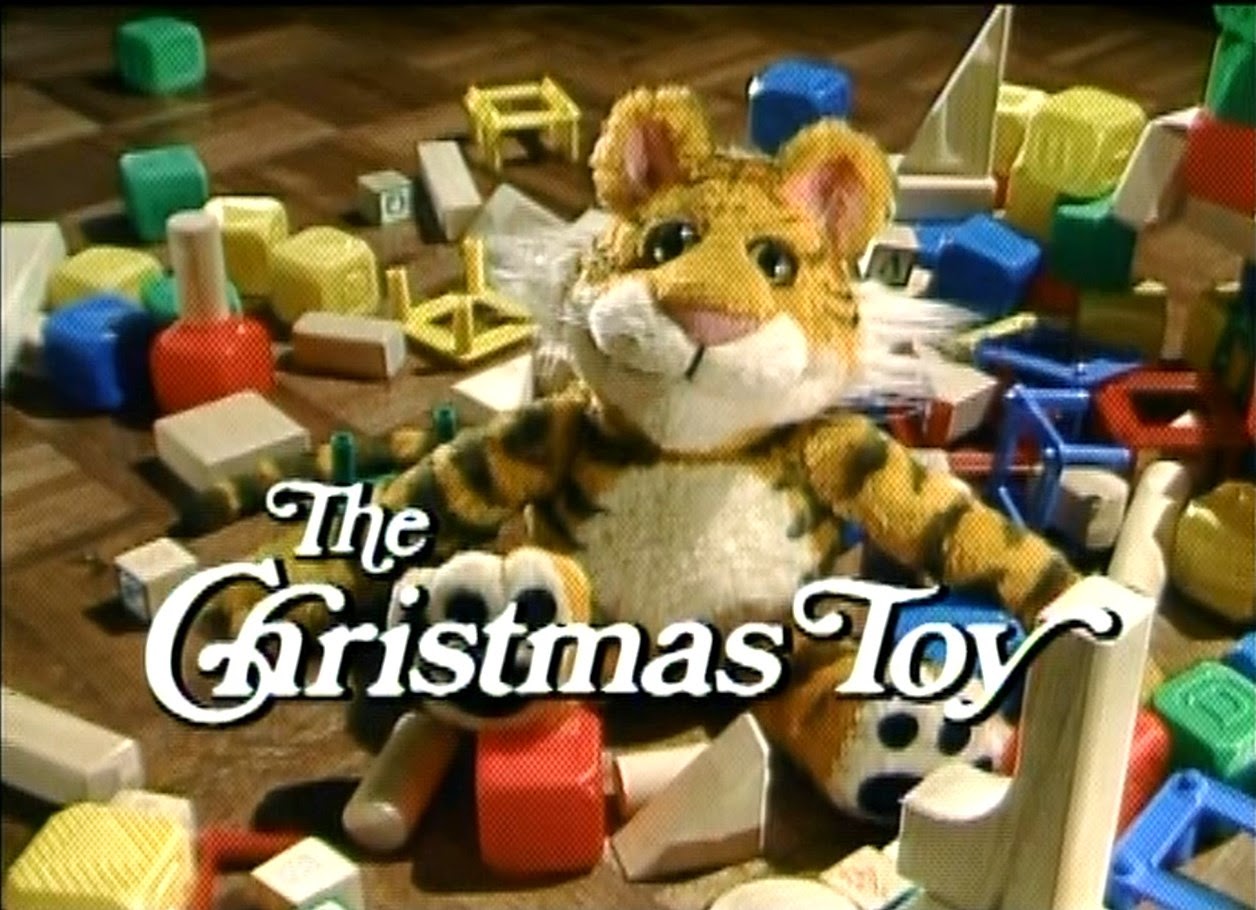 The Christmas Toy is another good holiday special from Henson's crew.

Rugby is a very cute and likable protagonist (even when he's acting self-centered in the beginning) and his relationship with Mew is endearing.  The scene where Jamie opens the box containing Rugby brought back my own memories of one or two extra special toys I received as a child.

Dave Goelz (best known for performing Gonzo) does a nice job as the "lead" Muppet in this special.  Other regular Muppet performers like Nelson, Mullen, Whitmire and Hunt are good as usual.

RigbyMel mentioned the acceptance subplot.  We also get a good scene where Rugby mourns a friend who has been frozen.  Rugby regrets that he never told his friend how much he loved him.  This can serve as a lesson to viewers of all ages to make sure that we tell people how we feel about them.

The Christmas Toy features several new songs, written by Jeff Moss.  His name might not be familiar, but Moss wrote many songs featured on Sesame Street, including "Rubber Duckie", "I Love Trash" and "The People In Your Neighborhood."  Moss also served as the show's head writer and helped create Cookie Monster.  Moss' best song here is "Together At Christmas".   It's a touching Christmas song that expresses the joy of being with loved ones during the holiday season.  It's a shame it was never recorded by a famous singer, because it deserves to be better known.  The song pops up a year later in A Muppet Family Christmas, so I get the feeling Henson liked it.


The DVD that's currently available is different than the version that aired on TV and VHS.  In its original form, The Christmas Toy was introduced by Kermit the frog (Henson) and Kermit made an appearance at the end where he joined the toys to sing "Together At Christmas."  Kermit is currently owned by Disney, while the rest of the characters in the special are still owned by the Henson company.

The Christmas Toy isn't the best Muppets Christmas special, but it's touching, funny and features a memorable holiday song.  Maybe someday Kermit will be freed from the corporate tentacles and the special will once again be available intact as Henson intended.