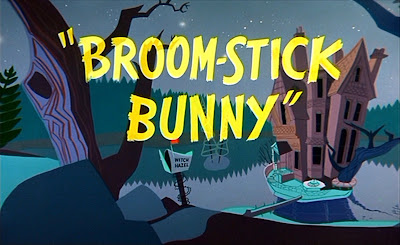 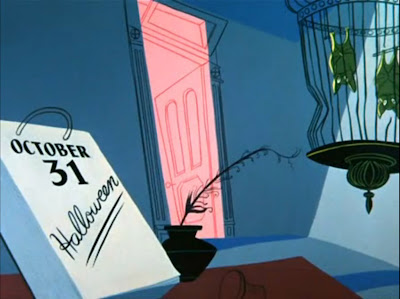 On Halloween,Witch Hazel (June Foray) asks her talking magic mirror (Mel Blanc) "who's the ugliest of them all?" 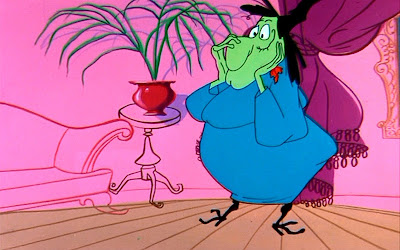 The mirror says it's her.


Bugs Bunny (Blanc again) is trick or treating, wearing a "witch" mask.  When he knocks on Witch Hazel's door, she is surprised to see another witch and comments that she hasn't "seen her at any of the union meetings."


She is concerned at Bugs' apparent witchy hideousness, and the mirror says this witch is definitely uglier than Witch Hazel.  Hazel invites Bugs in for tea and whips up a potion that will make her rival pretty.  Hazel serves it in a tea kettle.


Bugs has to take off his mask to sample the brew, thereby informing Witch Hazel that he's a rabbit dressed as a witch for Halloween.  This gives her a new idea.  Hazel checks her potion book and notices the recipe calls for a rabbit's clavicle to complete the potion she's been working on all evening.


She chases Bugs all around her house.

Witch Hazel manages to catch Bugs due to his weakness for carrots.   She ties him up in the kitchen while she sharpens up her meat cleaver.

If you cannot remember what happens next, this cartoon is readily available on DVD and various other sources!

This is a wonderful Chuck Jones-directed short.   Bugs Bunny and Witch Hazel are an amusing duo.   I love the bits where Hazel attempts to figure out Bugs' ugliness regimen and the fact that she is so concerned that a masked bunny might be worse looking than she is.   There are some great sight gags and puns as well - something that always appealed to me.  For example,  check out Witch Hazel's union membership card: 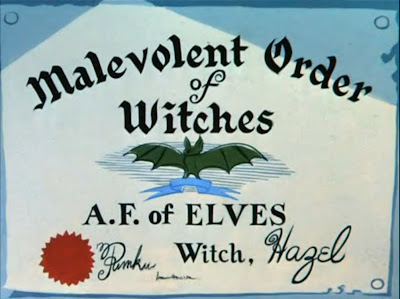 This is a cartoon that  I enjoy watching every year.  It's well worth re-visiting or visiting for the first time.

We're in total agreement here, this is not only a classic Halloween short, it's one of the best Warner Brothers cartoons ever produced.  Mel Blanc And June Foray are gods of cartoon voices and they're great in this short.  Ted Pierce also deserves credit here for writing a great story, same goes for musical director Milt Franklyn. 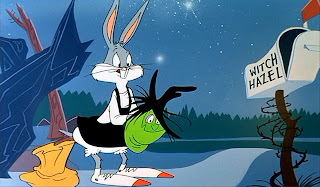 "Boy, this trick or treatin' is a pretty nice racket, pity it only comes once a year."
Some "trivia" notes about this short:

While Witch Hazel prepares her poison, she sings "A cup of tea, a cookie and you-oooo!"  This is a take-off on an old song called "A Cup Of Coffee, A Sandwich And You".  This was something I was curious about for years. 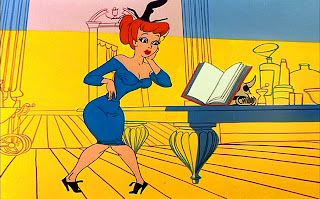 Near the end, Witch Hazel is transformed into a "prettier" woman, a fate worse than death for a witch.  According to Foray, it's based on the way she looked at the time.

Broom-Stick Bunny has been a favorite of mine for years and is highly recommended.  My Halloween "season" isn't complete without at least one viewing of this classic cartoon. 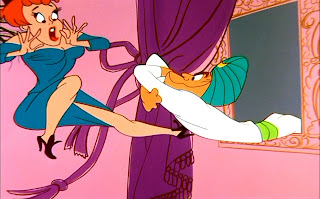 A classic. LOVE THIS!!