The Real Ghostbusters: "The Scaring of the Green" 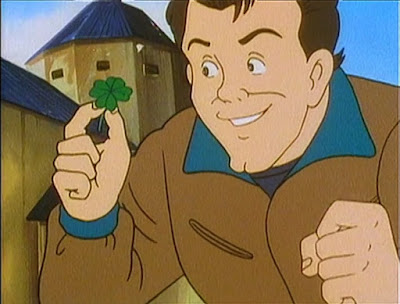 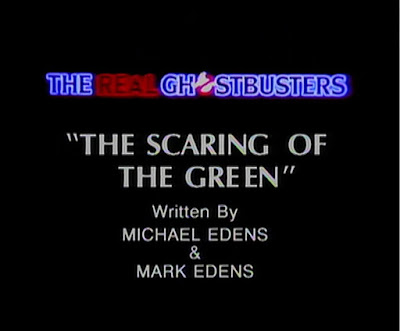 On St. Patrick's Day Eve,  the Ghostbusters have been called to clean up a pesky ghost at a banquet attended by the mayor.   They get the ghost, but unfortunately, they also manage to zap the mayor's wife by accident (she was fine, her dress got fried though), which lands them in jail. 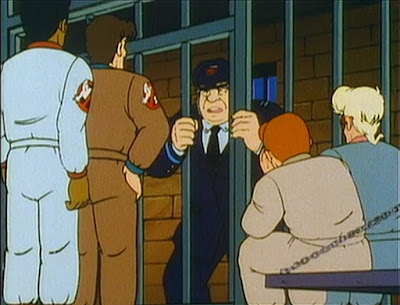 Deputy Police Chief O'Malley arrives with an offer for the Ghostbusters.   He'll have the charges dropped (and pay for the Mayor's wife's dress) if they help him with a little family problem.   Back in Ireland many years ago, the O'Malley clan stole a leprechaun's pot of gold and was cursed.  The curse says that when there is a full moon on St. Patrick's Day, a Bog Hound will rise and carry off the head of the clan.   Since he's the head of the clan and the conditions are right,  O'Malley wants to avoid a presumably grisly fate.   He says that the only way the Bog Hound an be stopped is with the aid of a four leafed clover. 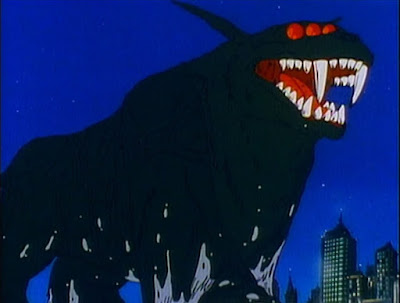 The Ghostbusters (especially Egon) are skeptical, but agree since this gets them out of jail.   They decide to search the city for a four leafed clover.    Ray (Frank Welker) goes to Central Park where he runs into some trouble with an Irish beat cop. 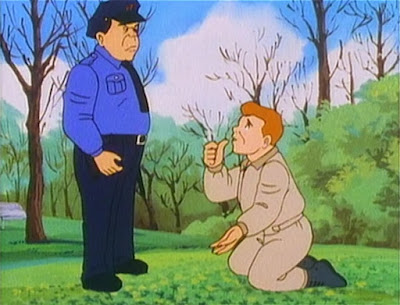 Venkman (Lorenzo Music) visits the Botanical Gardens and Winston (Arsenio Hall) visits every florist in NYC (!!).   Venkman manages to find a four-leafed clover and is very excited about it, but Slimer eats it when he gets it back to the firehouse. 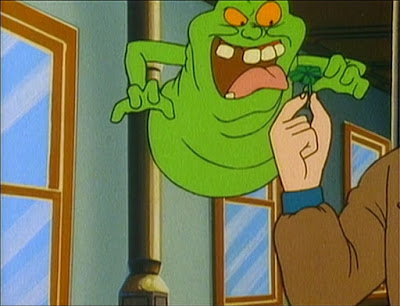 Egon (Maurice LaMarche) remains skeptical, thinking that science will solve this problem better than superstition, but goes to the Bronx Zoo anyway.   It turns out that many of the animals have escaped and have fled the Bog Hound, which is prowling the zoo!

Egon tries to use his proton pack on the beast, but it fails him and he has to resort to climbing a tree and then fooling the Bog Hound into playing fetch to get away. 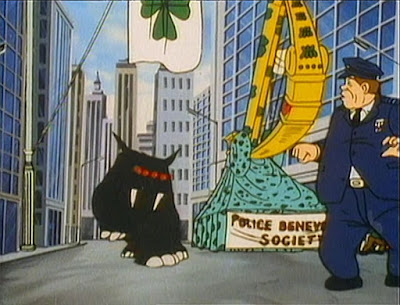 Meanwhile, the St. Patrick's Day parade is getting underway and the Bog Hound is still on the loose!  Will the Ghostbusters locate another clover and save the day?  Will science (and ghost traps) or superstition prevail? 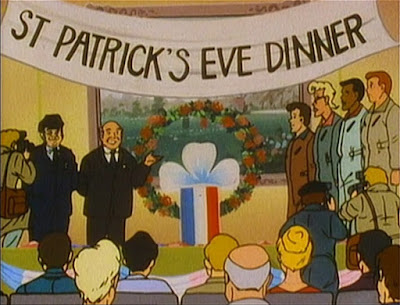 I watched The Real Ghostbusters with some regularity due to having a little brother that was crazy about the show,  but I do not recall ever seeing this episode until deciding to write about it for the blog. 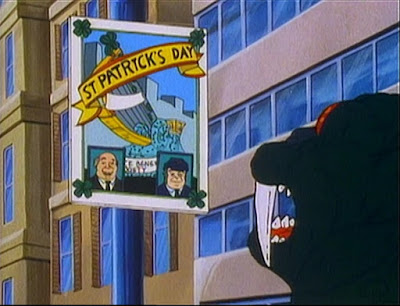 It definitely has lots of St. Patrick's Day thematic elements to play with,  four-leafed clovers,  stereotypical Irish cops, a St. Patrick's Day parade and even a variation on the ghostly black dog myth in the form of the Bog Hound. 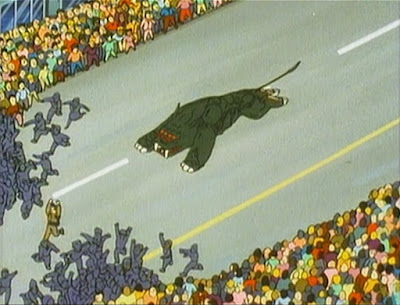 Interestingly, the design of the Bog Hound resembles the hellhounds from the original 1984 Ghostbusters film. 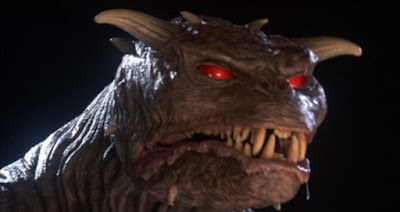 The plot is slight,  but amusing and I've always appreciated the vocal talents in the series, even if they bear little resemblance to the voices of the characters from the original movie. 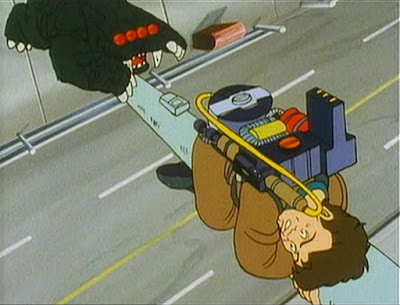 "The Scaring of the Green" is a light, silly episode of a solid 1980s animated series and might be a nice addition to your St. Patrick's Day viewing. 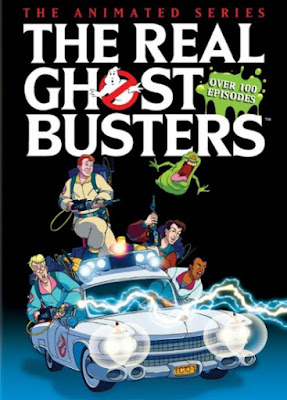