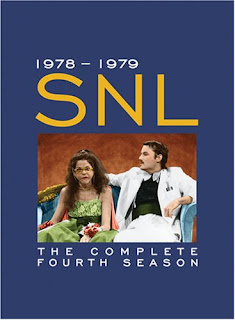 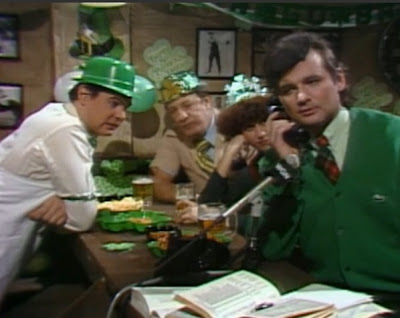 The show opens in a Doyle's Tavern, an Irish pub in Chicago. The bar is decked out in St. Patrick's day decor.    DJ Dick Lanky (Bill Murray) is broadcasting live for WGN radio. 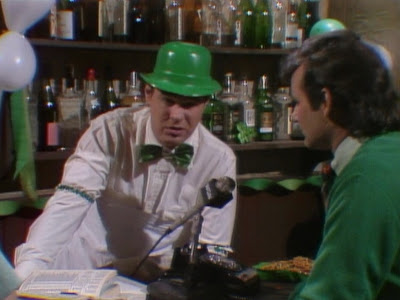 Lanky and the bar patrons are eagerly anticipating the arrival of the ghost of Chicago Mayor Richard J. Daley. It seems the late Mayor visited the pub last St. Paddy's Day. Lanky takes calls from listeners who have inane questions for Daley's ghost.

After the opening montage, host Margot Kidder delivers the opening monologue. She talks about New York's celebration of St. Patrick's Day, saying it "makes Mardi Gras look like a wake." The camera keeps pointing towards the floor and away from Kidder. 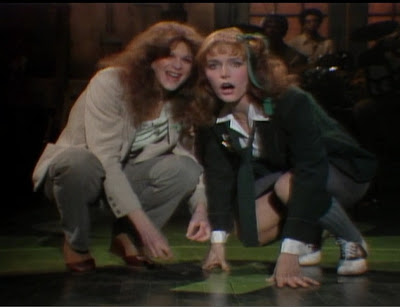 Gilda Radner joins Kidder and informs her that most of SNL's camera crew is Irish...and drunk. They visit the control room and find the director Dave Wilson nearly passed out! 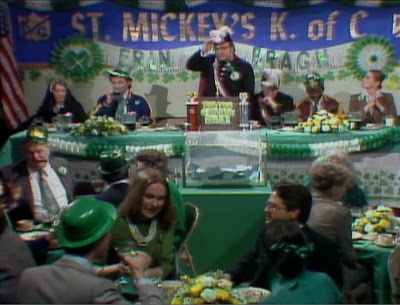 On Weekend Update, Father Guido Sarducci (Don Novello) delivers a commentary on the holiday. He says that St. Patrick was a good, but not great saint. Sarducci also wonders why Patrick gets more attention and why there are no parades celebrating St. Joseph's Day.

Next up is a party hosted by Superman (Murray) and Lois Lane (with Kidder reprising her film role). Other superheroes attend the party, including Flash (Dan Aykroyd), Ant-Man (Garret Morris) Lois asks the Hulk (Belushi) if he was Grand Marshall of the St. Patrick's Day parade. Hulk tells her it was "the Green Lantern's turn this year. We rotate." 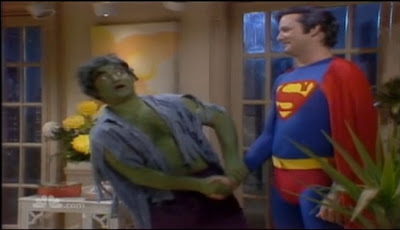 The musical guests on this show were the Chieftains, who helped popularize traditional Irish music all over the world. They perform "If I Had Maggie in the Woods" and "Morning Dew". 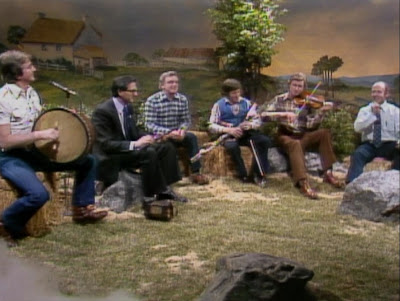 J.A. Morris says:
This is a great episode from the classic era of SNL. Sometimes the best hosts are the ones who are game for anything and don't try to hog the spotlight. Kidder is one of those hosts.

The Superman sketch was the highlight of the show for me (and not just because I'm a comic book enthusiast!). It's great to see Kidder poke fun at her then-recent portrayal of Lois Lane, and Belushi's performance as the Hulk is one of his best moments on SNL.

The Cheiftains' numbers are perfect for the occasion, they perform in front of a "Irish farm" set that includes a fog machine!

The opening bit about Mayor Daley's ghost is fun too, I won't spoil how it ends.

My summary only covered the Holiday-themed sketches on this episode, but it also includes Dan Aykroyd's classic one-shot performance as "Fred Garvin:Male Prostitute."

This episode can be found on dvd on Saturday Night Live:The Complete Fourth Season.  It also streams on Amazon. 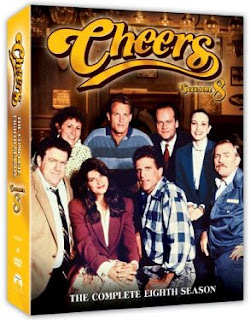 Sam:"Boy, fun is fun, and I like being humiliated as much as the next guy, but--yeah, but this, taking Tecumseh, that--that crosses the line!"

Norm:"Sammy's right! He could take Cliffie, strip him naked, paint him green like a shamrock, drag him through boston, this is going too far!"
Cliff:"This time...it's personal!"
Aired March 15, 1990
The Cheers gang is preparing for St Patrick’s Day, breaking out leprechaun hats and green decorations for the bar. It's normally one of the craziest nights of the year.
Carla (Rhea Pearlman) is worried about what sort of prank Gary’s Old Town Tavern will play on Cheers . On the previous St. Paddy's, Gary filled the Cheers stairwell with potatoes, nearly causing Woody (Woody Harrelson) to become "the second member of my family to be buried alive by potatoes". 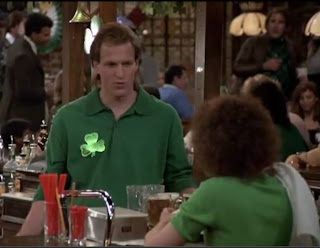 Rebecca (Kirstie Alley) says that the feud between Cheers and Gary’s must end and forbids the Cheers staff from taking part in pranks. Gary and Rebecca signed a peace treaty and “solemnly” swore to “cut it out”.
Sam (Ted Danson) says everyone needs to relax, and recommends everyone rub the stomach of the Tecumseh (the wooden Indian statue near the Cheers entrance) for good luck. But there’s a problem:Tecumseh is missing! Everyone says only one person who could have done such a thing:Gary! It’s war! The Cheers customers start chanting "Get Gary, Get Gary!". 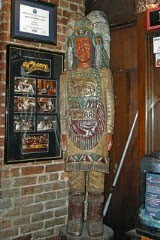 A recent photo of the Tecumseh statue (taken by Ernie Orr at the Cheers bar in Boston)
Sam, Norm (George Wendt) and Cliff (John Ratzenberger) pose as city construction workers and block off the streets surrounding Gary’s. Forcing the bar to close. They then wait in anticipation for Gary's reprisal...but nothing happens. The waiting begins to weigh on the gang. They grow suspicious and even start fighting among themselves!
What will Gary do to them on St. Patrick's Day? And will Tecumseh ever be returned to Cheers?
J.A. Morris says:
Our first St. Patrick's Day review!
Bar Wars III is a solid episode that shows how great Cheers' ensemble cast was, even in the 8th of 11 seasons. It does a good job showing how adults sometimes let occasions like St. Patrick's Day cause them to lose perspective and act like children. There's also a funny moment when Frasier and Cliff seem to swap personalities.

They're aren't that many St. Patrick's Day episodes (compared to other holidays), but this is one I could see watching in years to come. As the title indicates, this is the 3rd time Cheers and Gary's have done battle, but you don't need to see Bar Wars I & II to enjoy this episode.
Bar Wars III:The Return Of Tecumseh can be found on the Cheers Season 8 dvd set and it also streams on Netflix.
It's not a classic, but this episode reminded me why I loved Cheers while I was growing up.
My rating: